Your browser is out-of-date.

We no longer support this browser version.

For a better experience, keep your browser up to date. Check here for latest versions.

Toronto, January 21, 2021—Grand Challenges Canada—a Canadian not-for-profit organization, primarily funded by the Government of Canada, which invests in novel, local innovations that address critical global health, humanitarian and Indigenous community challenges in Canada and low-resource countries—is pleased to announce that it has appointed Winnipeg’s Nathalie Pambrun (Canadian Association of Midwives) and Dakar, Senegal’s Dr. Awa Marie Coll Seck (Minister of State to the President of Senegal) to its Board of Directors.

“Since our inception 10 years ago, our unique approach has been to prioritize funding for local innovators,” said Guylaine Saucier, Grand Challenges Canada’s Chair. “Whether in emergency situations, like the COVID-19 pandemic, or in times of relative stability, the innovators are best positioned to deliver programming that meets the complex needs of their communities. Human connection, based on knowledge and understanding of local realities, takes precedence over transaction. Nathalie and Awa will play a pivotal role in particular in helping us to build relationships with entrepreneurs from Canada’s Indigenous community and Africa’s Francophonie, respectively. We are looking forward to their contributions.”

Grand Challenges Canada will be announcing new Board members from now on. All existing Board members can be found here: https://www.grandchallenges.ca/who-we-are/governance/. 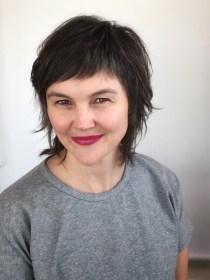 Nathalie Pambrun is a Franco-Manitoban Métis midwife who has practiced for 16 years in urban, rural and remote communities across Canada and the world. Bridging environmental and reproductive justice movements at the community level she embraces a human rights approach that effectively respects the coming generations. She is committed to midwifery care that is accessible, equitable, and culturally safe. Working primarily with Indigenous teens and newcomers to Canada.

She is also a member of the Core Leadership of the National Aboriginal Council of Midwives (NACM) for the last 16 years and served a two-year term as the organization’s co-Chair between 2011-2012. Nathalie has been instrumental in building a unique partnership between these two midwifery associations that respects self-determination, reciprocity and humility.

Dr. Awa Marie Coll Seck works in the field of health and disease prevention in her native country and internationally.

Of note, she was the Director of the UNAIDS Department for Policy, Strategy and Research from 1996-2001. From 2001-2003, she served as Minister of Health and Prevention of Senegal and, from 2004-2011, in Geneva, Switzerland, she was Executive Director of the Roll Back Malaria Partnership hosted by the WHO.

She was Minister of Health and Social Welfare from 2012 to 2017, before her nomination as Minister of State to the President of Senegal and Chair of the Extractive Industries Transparency Initiative (EITI) National Committee.

Dr. Coll Seck sits on a number of boards and committees, including the High-Level Steering Group for Every Woman Every Child and the Harvard Ministerial Leadership Program Advisory Board, as well as serves as Co-Chair of the WHO-UNICEF-Lancet Commission on “A future for the world’s children”.

Awa Marie is a member of the jury for the Noguchi Prize (Japan) and the Isa Award for Service to Humanity (Bahrain). She was also a member of the WHO Advisory Group on the Ebola Virus Disease Response.

She is a member of the Academy of Sciences and Technologies of Senegal and is the author of more than 150 scientific publications.